Skip to content
Art Against Racism, a 501(c)(3) 0rganization

Rhinold Lamar Ponder is a visual artist, writer and lawyer based in Princeton, New Jersey. He is the founder of Art Against Racism. His critically acclaimed exhibit “The Rise and Fail of the N-Word” at the Kehler Liddell Gallery (2018) in New Haven was funded by the William Casper Graustein Memorial Fund after it premiered at Princeton University.  In July 2019, he served as the first International Artist-in-Residence at ARK in Kigamboni Tanzania, while an apprentice to renowned Makonde female Tanzanian sculptor Mwandale “Big Mama” Mwanyekwa. He co-edited, with his wife, Michele Tuck-Ponder, two well received compilations of sermons, published by Crown, entitled Wisdom of the Word: Faith and Wisdom of the Word: Love.

Judith K. Brodsky is Distinguished Professor Emerita,  Rutgers University,  founder of  the Brodsky Center, Pennsylvania Academy of Fine Arts, co-founder of the Rutgers Center for Women in the Arts and Humanities and The Feminist Art Project. She is a printmaker/artist. As a curator her exhibitions including The Fertile Crescent: Gender, Art, and Society (2012). She is a past national president of ArtTable, the College Art Association, the Women’s Caucus for Art, former board chair of the New York Foundation for the Arts.

Camp has served as a panelist for the National Endowment for the Arts; Lila Wallace Reader’s Digest Foundation International Arts Program; and various state arts councils. Her awards include NEA Fellowships, Kellogg National Leadership Program Fellowship, Smithsonian International Travel Fellowship, and the Roger L. Stevens Award from Carnegie Mellon University. Camp received the 2020 Award of Excellence from the American Craft Council for her debut at their Baltimore show.
Camp was president and CEO of the Barnes Foundation, founding director of the Smithsonian Experimental Gallery, president and CEO of the Charles Wright Museum, and director of the Hanford Reach Interpretive Center. Currently, she is president of Galerie Marie in NJ, and serves as curator for A New View Camden, adjunct faculty at Drexel University and Rutgers University.

Ilene Dube is a writer, arts activist, artist, filmmaker and curator. Her short stories have been published in more than a dozen literary journals and anthologies, and hundreds of her art reviews, features and essays have appeared at Hyperallergic, Philadelphia Public Media, Huffington Post, Sculpture Magazine and other media. Her short documentaries on art movements of central New Jersey have been featured at the New Jersey Film Festival, Nassau Film Festival, Trenton Film Festival and elsewhere.

Groya has participated in 7 solo exhibitions and over 60 group exhibitions regionally and internationally, and has twice received artists residencies at Massachusetts Museum of Contemporary Art (Mass MoCA) and a contemporary painting residency at the School of Visual Arts in NYC. Groya is currently an MFA candidate in Integrated Media Arts at Hunter College in NYC and thrilled to serve as Chief Videographer for the Art Against Racism Memorial.Monument.Movement campaign.

Mary Oestereicher Hamill is a pioneer of participatory photo-based art regarding social issues. Hamill’s consistent focus on the needs of marginalized people proceeds from a career in educational reform, work that helped lead to a set of U.S. legislation (PL94-142). She served as Senior Research Scientist in the New York Mental Health system, Associate Dean of Undergraduate Studies at Brooklyn College, and Associate Professor of Psychology and Dean of Undergraduate Studies at Babson College. She earned the Ph.D., Columbia University;  M.Phil., University of Sussex, England; and A.B., University of Michigan. Hamill has a Diploma from the Museum School in Boston and the Traveling Scholar Award. A founding Resident Scholar at Brandeis University Women’s Studies Research Center, she has most recently been curating political art for Princeton University.

Beginning in the 90’s, she loaned video cameras to homeless people and transformed the imagery and sound into collaborative interactive installations at the Museum of Fine Arts, Boston; Sanders Theatre, Harvard; and the Massachusetts State House, helping to secure funding increases. Her subsequent project with villagers in Vietnam was shown at Stanford University. Her work with residents of ancient Beijing neighborhoods was projected in Chinatown and at the Danforth Museum. Her collaboration with Native Americans was at the Abiquiu Music Festival . She codirects the Cambodian War Widows Project, which developed from her service as Public Affairs Officer on the hospital ship USNS Mercy.

Isabel Nazario is an artist living in Kingston NY, where she has a painting studio and she works in central academic administration at Rutgers, The State University of New Jersey.

Nancy Lewis Shell, is a Leeway Foundation award winning artist, She received the Transformation Award 2015-2016 and Art and Change Award 2012-2013.  She has won seventeen thousand dollars in grant awards.  Nancy is a:  senior, minority, disabled, female self -taught and emerging artist.  Her work centers on the themes of women, history and freedom.Her work has been shown  at the Barnes Foundation,Moore College of Art, Fleisher Art Memorial, and  Paul Roberson Center Princeton N.J. She also teaches and has won many accolades for her work in the community and the healing nature of art

British artist Andre Veloux has shown across the country including Scope Art Miami. He was recently one of 20 international artists contributing to the iClapFor projection project recognising key workers during COVID-19. In addition to his artworks, before the emergence of COVID-19 he was working on a series of live art events, the first having been held at Princeton University in 2018 centred on the theme of consent.

The focus of his work is a feminist, gender equality and women’s rights project, which explores the way women are viewed and society’s expectations of them.  He is represented by the Krause Gallery, New York City, his third solo show at the gallery being in October 2019. His feminist work is defined artistically within the parameters of modern feminism and gender exploration, including exploration of the human form. His work is in private collections worldwide and has been installed in public spaces as well as many group shows. Andre resides in Princeton, NJ with his wife and daughter. 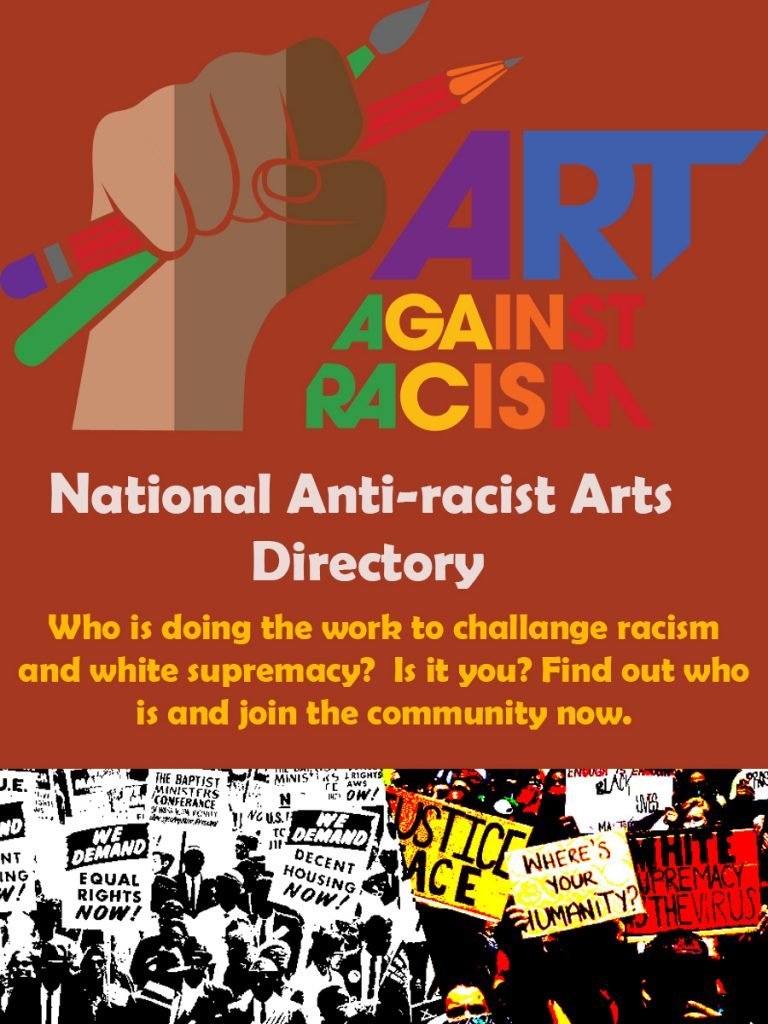 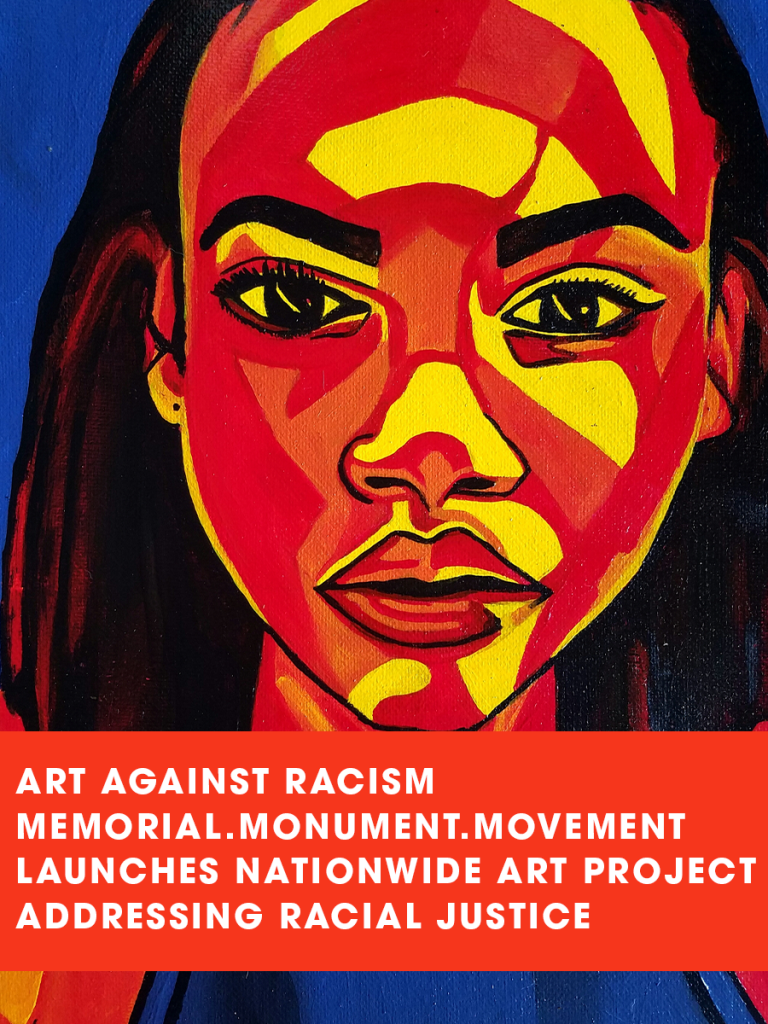 Tuesday is the last day to vote, and millions of A

Calling all artists. We continue to accept work fo

Memorial. Monument. Movement From the exhibition

You can now watch the entire Live Stream Launch (t

“This art needs to be recorded … and collected

Watch @echezona2000's performance with us live at